The Cemetery of Dogs and Other Domestic Animals (original french name Cimetière des Chiens et Autres Animaux Domestiques) is usually referred as the first pet cemetery in the modern world. It opened in 1899 in the city of Asnières, a northwest suburb of Paris, France.

It is an elegant pet cemetery, the place of rest for dogs, cats, and a wide variety of pets such as horses, monkeys, lions and even fish.

It contains many artistic sculptures, and at the entry is the monument to Barry, a Saint Bernard mountain rescue dog who died in 1814. The plaque says that during his lifetime, Barry was responsible for saving the lives of 40 people lost or trapped in the mountain snow. 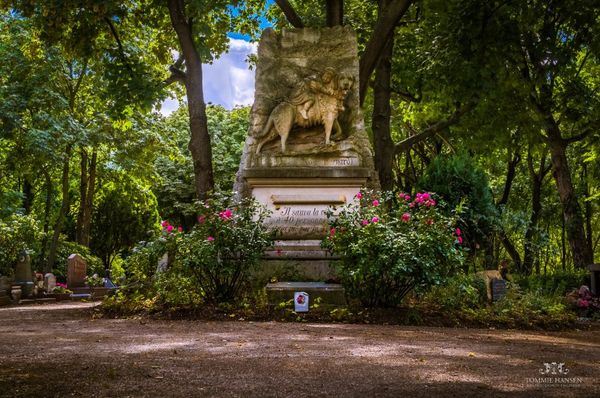 Some of the cemetery's residents are famous in their own right such as Rin Tin Tin, the star of Hollywood films following his rescue during World War I, while others are the beloved pets of the wealthy who could afford this elaborate burial place such as film director Sacha Guitry. Buried here too, is the pet lion of stage actress, feminist, and co-founder of the cemetery, Marguerite Durand and the pet of Camille Saint-Saëns, composer of Carnival of the Animals. 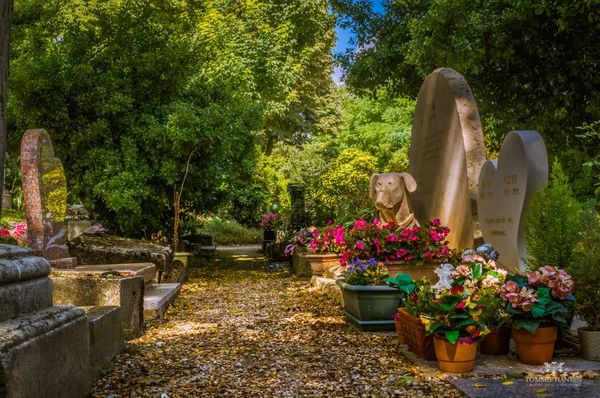 An alley of the cemetery

In 1987, the government of France classified the cemetery as a historical monument. From then on, the cemetery is owned and managed by the city of Asnières and is open to visitors. In 2001, the entrance to the cemetery was renovated and a new landscaping was done. The lowest cost for a typical pet burial begins at €950-1000 (plus the cost of the funerary monument and a constant anual fee).

PetCiel is the first online service that allows you to honor your beloved pet's memory in your social media profiles. You can try it for free.

Most of the content of the above article can be found in the relative french and english wikipedia sources. 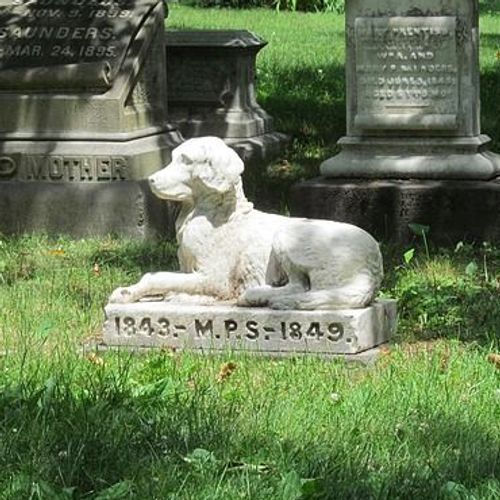 Finding the right words to say after a friend, family or loved... 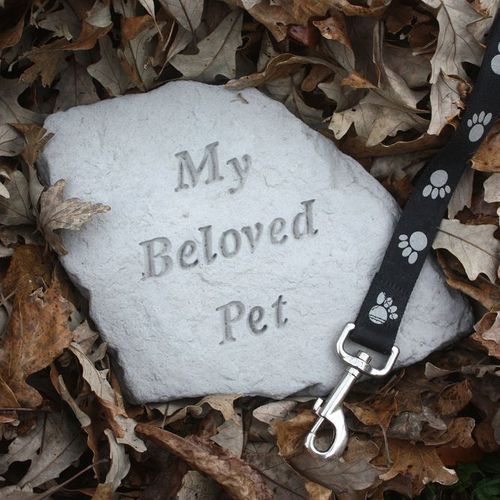 Coping with the Loss of a Pet

Nurturing a pet can be a very pleasant and rewarding experience.... 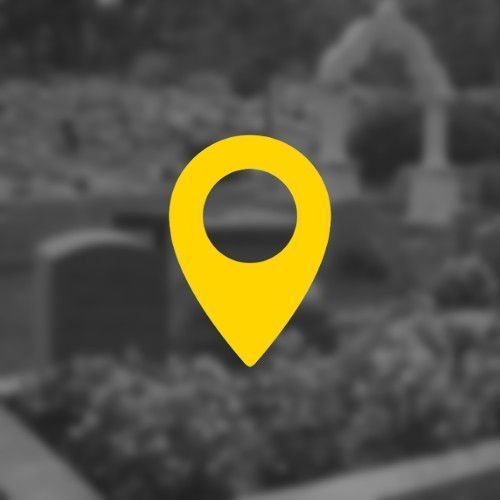 In order to search for the closest pet cemetery near your location,... 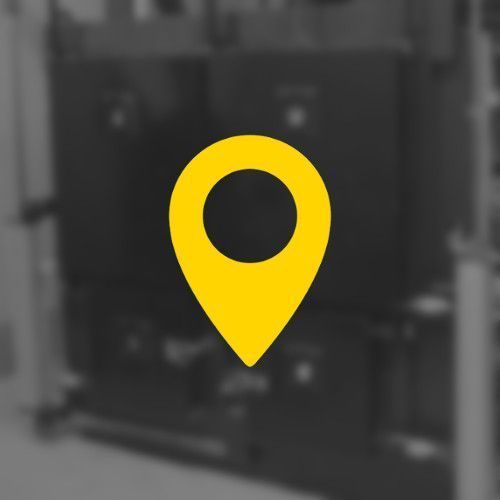 In order to search for the closest pet cremation service near your...